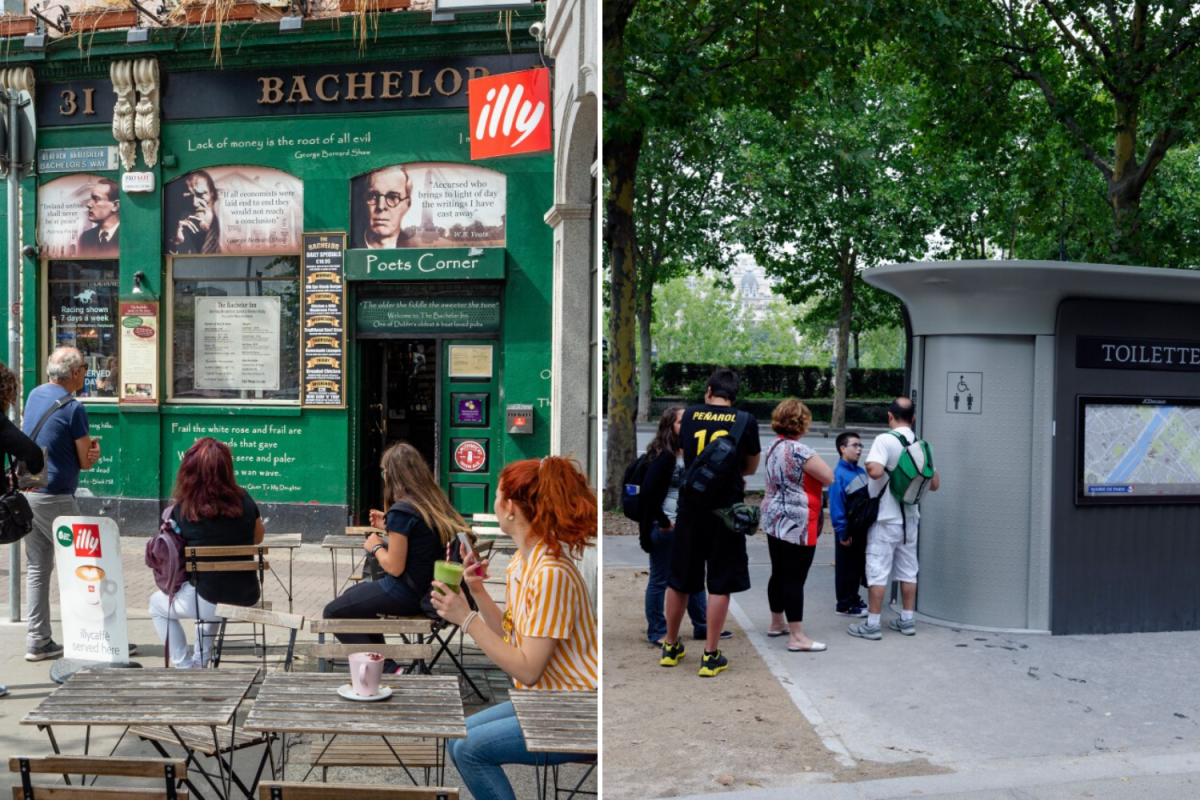 A DUBLIN café owner is looking to put two portaloos in the city centre to highlight concerns over toilet facilities as the country re-opens.

As small shops are allowed to re-open weeks before restaurants and café’s are due to resume sit down services, business owners are concerned about a lack of public toilets that will be available for people venturing into the city to shop.

Cafés and restaurants are not set to re-open until the end of JuneCredit: Alamy

Concerns have been raised about there not being enough toilets for the public with restaurants and cafés closedCredit: Alamy

Richard Hanlon, co-owner of Busyfeet and Coco café on South William Street spoke to Newstalk Breakfast about his idea to put two portoloos in the city centre to highlight the issue and urge the city council to take action.

Hanlon explained: “We’re going to enter phase two on June 8, and this is going to increase significantly the movement of citizens within Dublin and attracted into the centre of Dublin city centre.

“One of the problems is we’re going to have no access to public toilets.

He adeded: “When we unlock on June 8 we have until June 28… we have a 20-day period where there will be no public toilets available, and yet a mass amount of people in the city centre.”

Hanlon said he has inquired about the issue to Dublin City Council and Dublin business group Dublin Town – but hasn’t heard back.

“Late the other evening, I heard there was actually a meeting [this week] between the heads of the council and other interested parties – and at the end of that there was no funds or budget allocated to public toilets.”

He has launched a petition and fundraising campaign to fund two temporary toilets for a two-day period in order to highlight the issue.

However, he says council funding is “urgently needed” to ensure longer-term facilities in the city.

Hanlon warned that footfall in the city could drop further if the public don’t feel comfortable on their first venture in. He said this could then have a knock on effect on businesses.

most read in news

Director of Keogh’s crisps charged over cannabis find worth nearly €20,000

Face masks on public transport will be compulsory from Monday, Taoiseach says

He explained: “The first impression of people coming into the city centre will be the lasting impression on June 8 – and we won’t be able to change that over the 20 days up until the 28.”

“The downward effect of that on the economy would be significant – that’s what we need to [avoid].”

He also suggested the situation is going to cause “quite a few problems” for many people coming into the city centre – especially groups such as pregnant women and older people.

Find out more or adjust your settings.

This website uses cookies so that we can provide you with the best user experience possible. Cookie information is stored in your browser and performs functions such as recognising you when you return to our website and helping our team to understand which sections of the website you find most interesting and useful.

Strictly Necessary Cookie should be enabled at all times so that we can save your preferences for cookie settings.

If you disable this cookie, we will not be able to save your preferences. This means that every time you visit this website you will need to enable or disable cookies again.